What Is The Cure For Suffering?

Mindful ways to overcome the Three Poisons of ignorance, attachment, and aversion.

There’s a famous saying that goes, “pain is inevitable; suffering is optional.” As long as you live, you will always have to deal with pain and discomfort. And while no one wants to experience pain, it is merely a fact of life. Physical aches and pains. Broken hearts, sadness, and loss. They are all part of the human condition.

These are often referred to in Buddhist teachings as the “First Dart.” First darts are those painful things that happen to us that we either have no control over – events like losing a loved one. Sometimes they are the price we pay for not doing the right thing, like the headache you have after a night of partying a little too hard. The first dart is what you feel at the moment. But when you add a negative reaction to the first dart’s pain, you are throwing a second dart at yourself. While there is no doubt that the first dart can be painful, it’s the second dart that is the source of our suffering. The pain we feel from the first dart is the event. The second dart is the narrative we create about the event. Pain is the immediate response, while suffering is holding on to the pain.

So, for example, let’s say that you took a test and you failed. When you see the results, you experience upset, disappointment, maybe even a little nausea. All of these would be the first dart. It is entirely understandable to have those immediate reactions to a painful occurrence. But then you start thinking things like you’re dumb, or the teacher had it out for you, or life is unfair. These are the Second Darts, the darts that you throw at yourself. And here’s the thing about second darts, once one gets thrown, you will tend to either throw more darts or keep twisting the one you’ve already hit yourself with. So in the case of that test, how many times did you fail? Once. But how many times will you keep beating yourself up for it? It may be for days or weeks, and it might even be a lifetime in some cases. And we are not the only target for those second darts. When we lash out at others due to the pain of our first dart, we are throwing second darts at them.

Now to make matters worse, second darts are not just plain darts; they are usually dipped in one of the Three Poisons. The Three Poisons are ignorance, attachment, and aversion. Ignorance is also translated as delusion, and when a dart is tipped with this particular poison, you react based on a warped view of reality. You either fail to see or refuse to accept the facts staring you in the face. Attachment is also known as desire or greed. This poison makes you rigid in your thinking because you only want what you want. It blinds you from the truth, beauty, and benefit of a situation because you can only see things from a selfish perspective. And finally, aversion. Aversion manifests itself as anger, aggression, and hatred. It expresses itself internally as self-loathing and self-destructive tendencies. And this is the type of dart that is usually thrown at others by hurtful words at best or through violent acts at worst.

The pain of losing

There are ample real-life examples of how these poisoned darts work. Sometimes the effects are mild, but in some situations, it can lead to death and destruction. So let’s consider this somewhat hypothetical situation. You are an avid fan of a soccer team, and your team is playing in the championship game. It was a competitive game, but your team ended up losing by a few goals. So losing is the first dart. It stings to lose, especially in a championship game. And like all sporting events, there were some questionable calls, but all the reviews stood. But all during the post-game interview, the coach of your team refuses to accept that they got outplayed. He blames the loss on poor officiating instead of poor performance. This response is the second dart’s effect, which is laced with the poison of ignorance – creating a false narrative as a reaction to the first dart’s pain. As the interview progresses, the coach proclaims that his team was robbed of a victory. He shouts that officials took the championship from them unfairly. Here we see the effect of the poison of attachment, believing that something is rightfully yours and yours alone or that others aren’t deserving of success. And the more the coach talks, the more outraged and angry he becomes, the work of the third poison of aversion. But the effects of the darts don’t just affect the coach. The poison spreads to members of the team and even the fans in the stands. Fights begin to break out both on and off the field, and security has to rush the officials to safety. It turns into a melee filled with violence and destruction due to second darts aimed at others. What makes the Second Darts and Three Poisons so dangerous is that they have the power to spread and infect and affect everyone around you.

Searching for a cure

So the question becomes, is there an antidote? What can you do to counteract the effects of the Three Poisons?

Let’s start with ignorance. The antidote to overcome ignorance and delusion is to cultivate wisdom, insight, and right understanding. To do this requires a humble attitude and acceptance that you don’t have all of the answers. It means being willing to challenge your assumptions and learn from others and consider the world from various perspectives.

“most of us go through life only touching a small portion of the truth and accepting it as absolute fact.”

To counteract attachment, you need to learn to cultivate selflessness, generosity, detachment, and contentment. This antidote only happens when you begin to remove ego from the equation. Unfortunately, there is a great deal of misunderstanding about non-attachment. Some people think that it means that you don’t care about anything – that it means being apathetic.
That is not at all accurate. Non-attachment is about being open to all of the opportunities and focusing on the experience of the moment instead of being married to the plan, process, or specific outcome.

So, for example, let’s say that you want to go to your favorite restaurant for dinner, but you didn’t make a reservation. You get to the restaurant only to find that the wait for a table is too long. If you are attached to the outcome, you get grumpy and think your evening is ruined and sulk all the way home. When you have non-attachment, you allow yourself to be open to all the possibilities. Maybe you try a different place and end up having a much better meal. Or perhaps you just go home and have a relaxing dinner and conversation with your family that results in improving your relationships. Attachment leaves you feeling lack and loss because you didn’t get what you were expecting. Non-attachment allows you to find the hidden treasures in life that you never expected.

This past year has been a perfect example of how vital non-attachment can be. While there were plenty of events from the past year that were painful and undesirable, there were also many opportunities for growth and change. So here’s a personal example.

My goal for 2020 was to build my public speaking and consulting career. When the pandemic hit, my original plans kind of went down the drain. But because I ended up with more time on my hands than I anticipated, I was able to launch a weekly video show and podcast called “Mastering The Mindful Mindset.” This show wasn’t what I was planning on doing. My goal was to be busy flying around the country, giving talks at corporate events. But through writing and producing a weekly show, I have gained a good deal of knowledge, experience, and exposure that will undoubtedly benefit me in the long haul. These are things that I would not be able to enjoy if I was only willing to accept one outcome.

Gratitude and contentment are essential ingredients in successfully practicing non-attachment. When you are grateful for all of the things you already have -when you are content with where you are – you develop immunity to attachment. But let me be clear about one thing, non-attachment shouldn’t prevent you from setting goals for a better life. Just because I’m content doesn’t mean that I still don’t dream and plan for improvement. I absolutely want to be healthier and wealthier, and every day I work towards those goals. But if my life never gets any better than it is today – if I were to die today – I would be content and able to say that I’ve lived a good life. And I would be grateful for all of my experiences; the wanted and the unwanted.

The power of love

And finally, to overcome aversion, we must practice loving-kindness, compassion, patience, and forgiveness. In the words of Dr. Martin Luther King, “Darkness cannot drive out darkness; only light can do that. Hate cannot drive out hate; only love can do that.” Love is one of the most potent forces in the universe. Some say that it is the singular most powerful force. But hate is pretty strong too. To not allow ourselves to be overcome by the poison of aversion, we need to make sure that we keep our hearts full of love. When we love, we also conquer the poisons of ignorance and attachment because love requires us to seek the kind of wisdom that only can be found in the truth. Love demands that we not just consider others’ needs but also selflessly make them a priority. To love requires empathy, a desire to understand others fully.

Try as I might to explain this, perhaps it’s best to refer to these famous words from 1 Corinthians 13:4-8.

“Love is patient, love is kind.
It does not envy; it does not boast; it is not proud.
It does not dishonor others; it is not self-seeking; it is not easily angered; it keeps no record of wrongs.
Love does not delight in evil but rejoices with the truth.
It always protects, always trusts, always hopes, always perseveres.
Love never fails.”

So perhaps love is the universal antidote for all three poisons and the cure for our suffering.

Want to learn the secrets about why mindfulness works and how you can easily apply it to your daily life? Sign up for my “Mindfulness Secrets Decoded” course and unlock the answers. Use the coupon code “DARTS” and get the entire course for only $49! 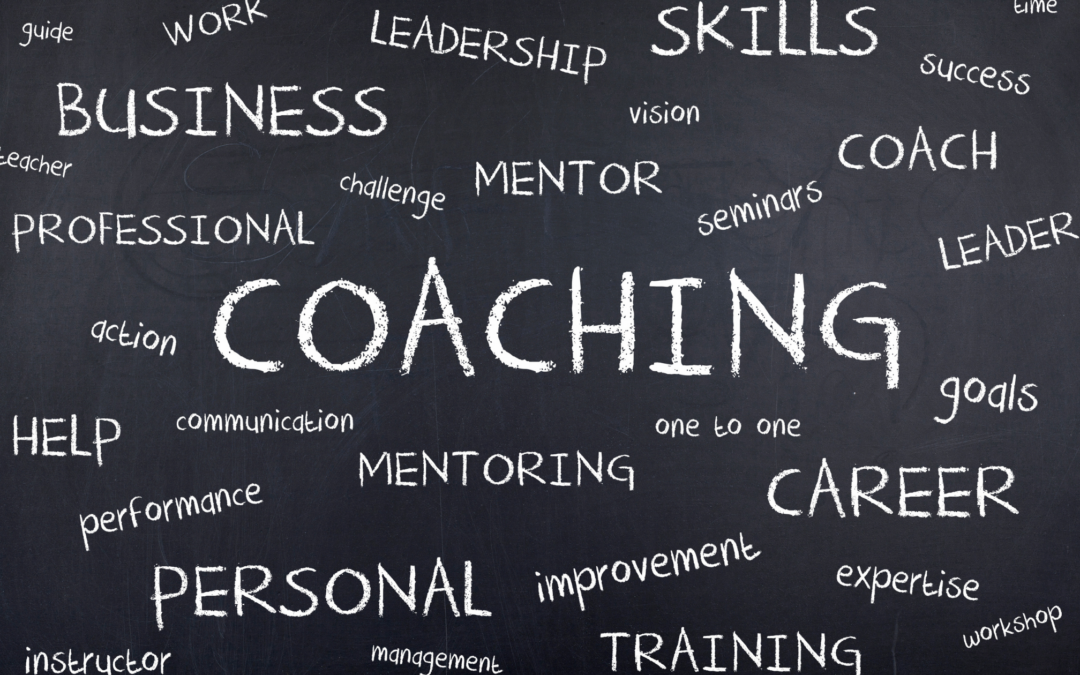 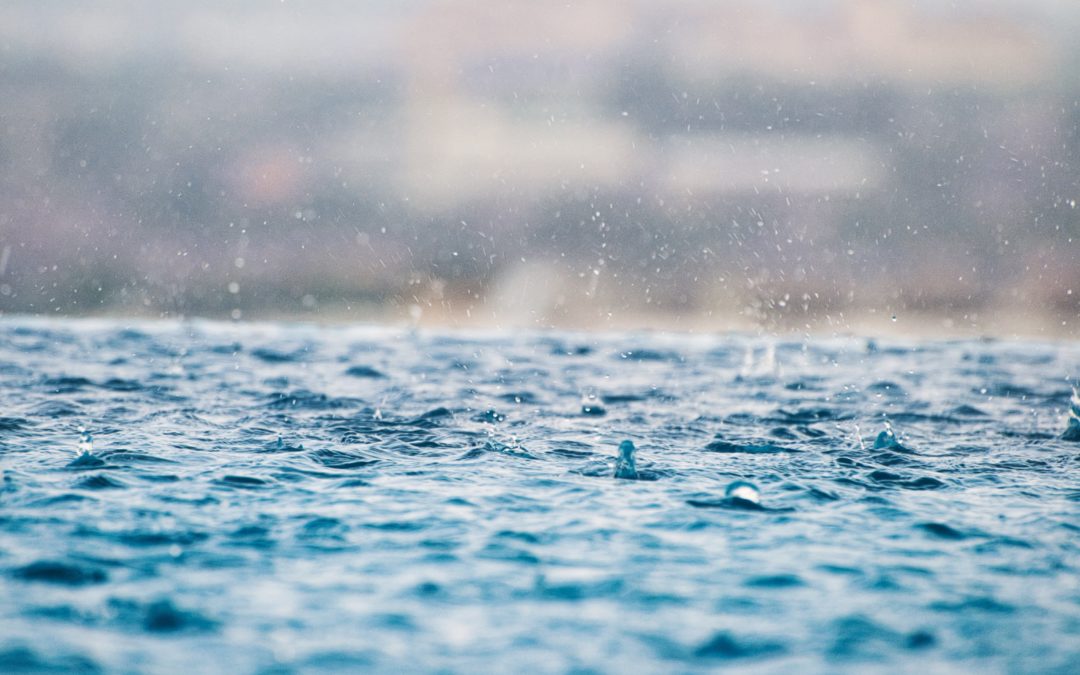